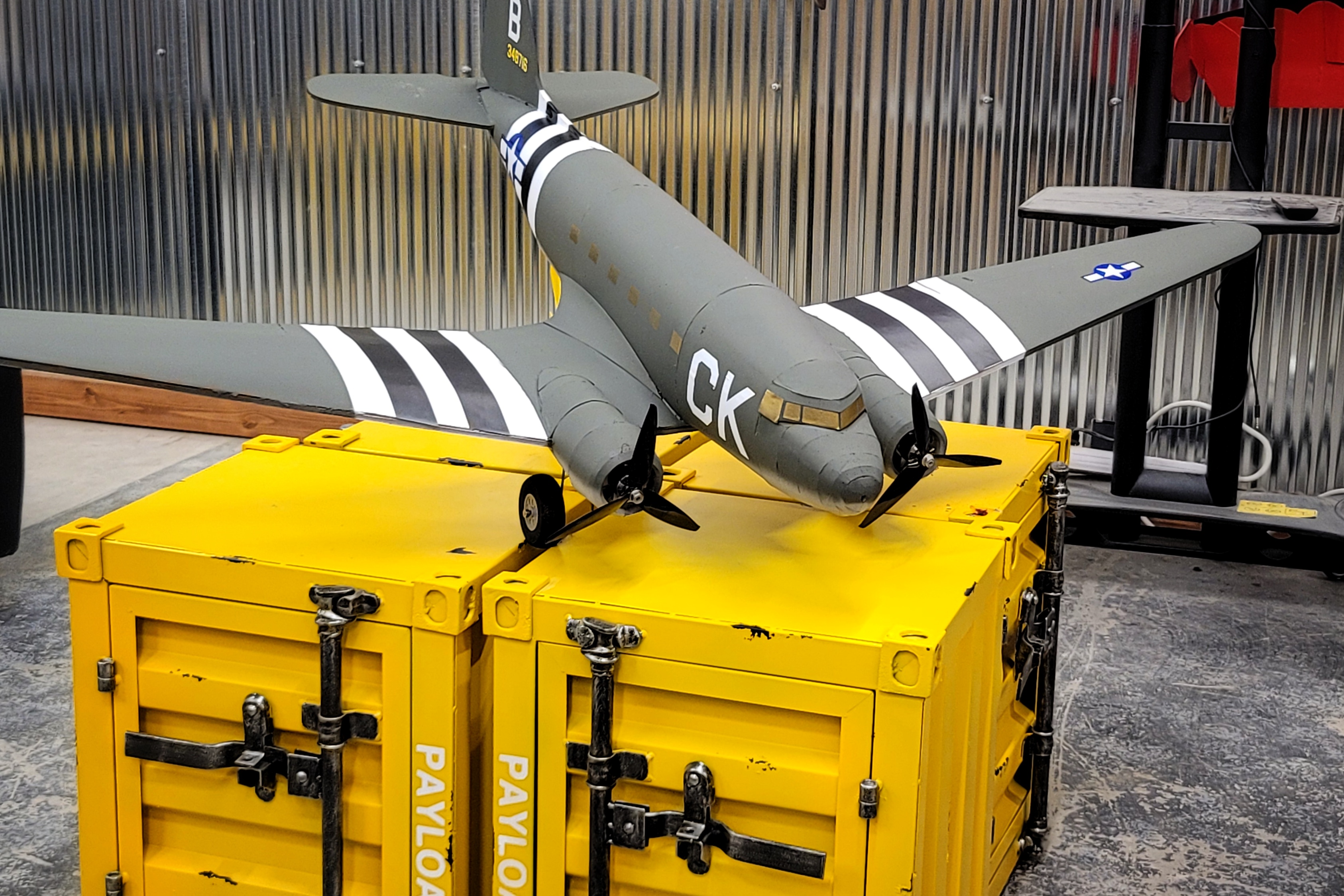 Hide Reviews Show Reviews
FT Master Series C-47 Specifications
• Wingspan: 72” (1829 mm)
• Center of Gravity: 3” from leading edge (76 mm)
• Recommended Electronics: Twin Flite Test C power packs
• Recommended Battery: 3700 mAh - 4S battery
*Product Shown Painted with electronics all options
The Douglas C-47 Skytrain transport aircraft flew from every continent in the world and took part in every major battle in the Second World War. Designated the “Dakota” by British Commonwealth forces but universally known as the “Gooney Bird”, the C-47 was cited by General Dwight D. Eisenhower, Supreme Commander of Allied Forces in Europe, as one of the most crucial pieces of military equipment used in winning World War II. C-47s remained in active military service in a variety of roles long after the war. They played a critical role in the 1948 Berlin Airlift and saw action in both the Korean and Vietnam wars. Its civilian counterpart, the DC-3, pioneered many modern air travel routes and is one of the first airliners that could profitably carry only passengers without relying on mail subsidies. The Flite Test Master Series C-47 Skytrain provides a true scale RC flying experience in the style of a classic 1940s era cargo/passenger aircraft. Geared for the experienced pilot, the FT Master Series C-47 requires lots of runway for realistic, smooth, and gentle take-offs. Wide, scale turns are a must for this legendary aircraft. Use a 3S battery for scale flight performance, but for plenty of power, 4S batteries will enable you to power out of danger when needed. For pilots that want to experience a twin-engine transport with scale flight characteristics, the FT Master Series C-47 is the way to go!

The P47 is the second plane of the Flite Test Master Series developed in collaboration with John Overstreet. Using "mold-together" techniques, the FT P47 is just as rewarding to build as it is to fly...