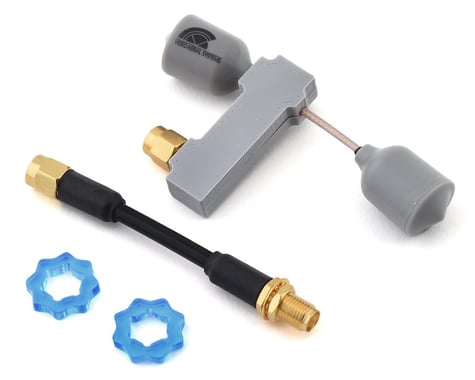 In Stock Online!
Usually ships in 24 hours
Add To Cart
Save In List
Average Rating:0
Be the first to write a review!

The Video Aerial Systems 5.8GHz Skyhammer Antenna is true long range omni-directional antenna with 360 degrees of coverage. Designed by IBCrazy, the Sky Hammer utilizes a pair of Patented high performance Minion Pro antennas precisely phased and impedance matched to achieve 5.25dbic of gain and 360 degrees of coverage. The stacking and phasing takes the unused vertical coverage of a single antenna and pushes it outward along the horizon right where you need it. While typically considered to be a receiver antenna, the Sky Hammer can be mounted on a long range quad for exploring places where other antennas simply cannot reach.

NOTE: When using the Skyhammer on a VTX be sure to watch bank angles or you could point the null of the antenna directly at your receiver causing loss of signal.