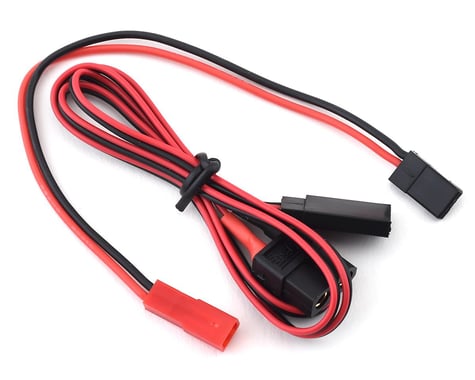 Out Of Stock Online
You may back order this item and it will ship when it arrives.
Back Order
Save In List
Average Rating:0
Be the first to write a review!

This item is eligible for $2.99 flat rate shipping Learn More

The Ruddog Receiver/Transmitter Charge Lead was developed for Sanwa and Futaba transmitter batteries, as well as receiver batteries with JR or Futaba type connectors. The charge lead features an XT60 connector for the charger connection, with a female futaba connector on the other end. Plus, a male JR to female JST adapter is included to add further compatibility.