Be the first to write a review!
Add To Cart Add to Wish List
In Stock Online!
Usually ships in 24 hours 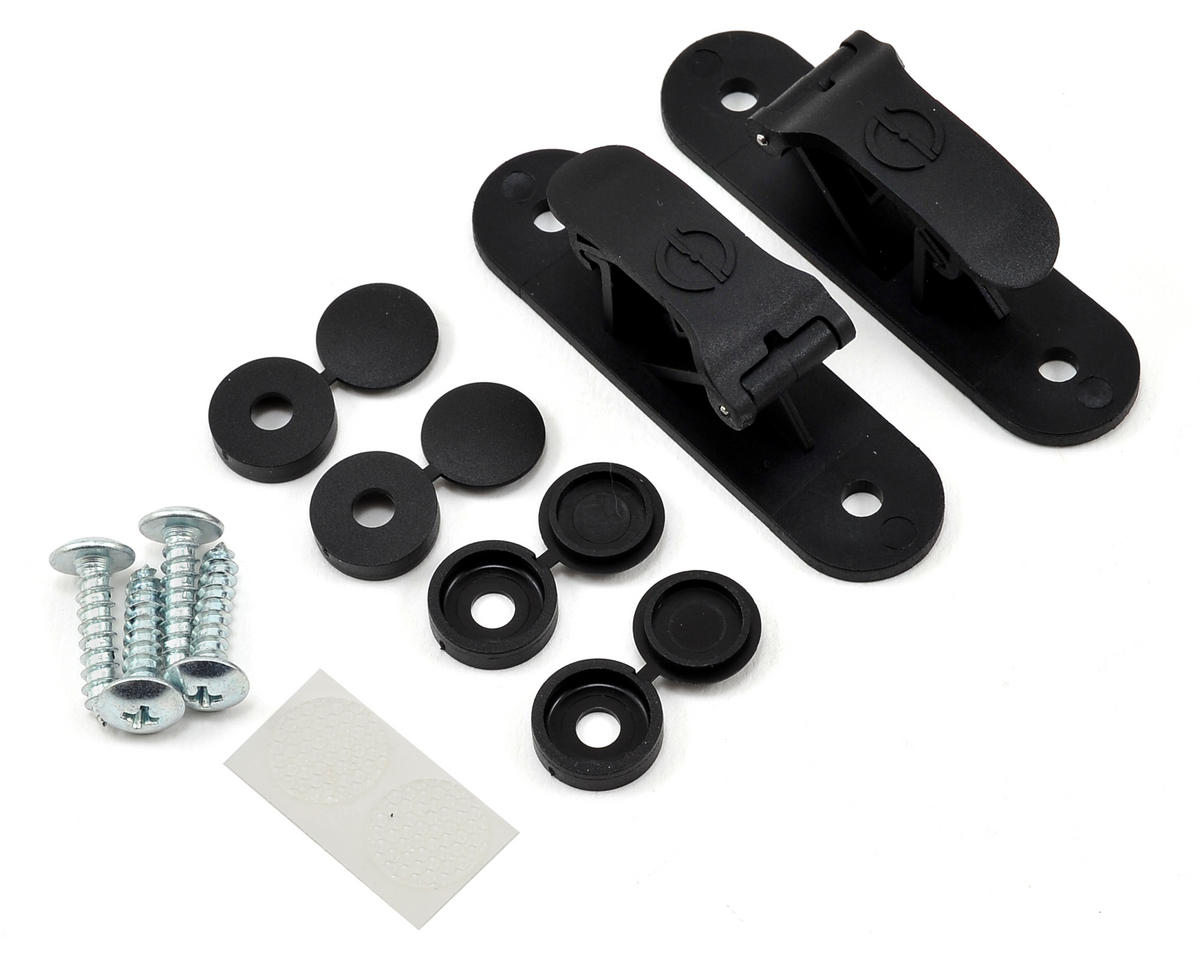 This is the Random Heli Low Profile Skid Clamp Assembly. This assemble is specifically intended for use with the SAB Goblin 630, 700 and 770 Class Helicopters, when equipped with the Low Profile Carbon Fiber Skids, as well as the Lynx T-REX 800 Ultra Profile 1 Skids and Goblin 570 Competition AFT Clamp. These clamps can be fastened down to create a safe base for securing your helicopter during storage or transport applications.

How 'Goblin' Skid Clamps Work
The Carbon Fiber skids rest on a 45° 'ramp.' Attack self-adhesive grip discs (included) on the ramp to accommodate variations in skid thickness and provide a snug fit. Press down just forward of the logo on the clamp to close the skid clamp. The latch boss forces the skid down onto the base and 'ramp' and captures the bottom edge of the skid, preventing twisting.

Video Note: Videos are for demonstration purposes only and do not feature the Goblin specific clamps, but holding strength and cycle durability still apply.