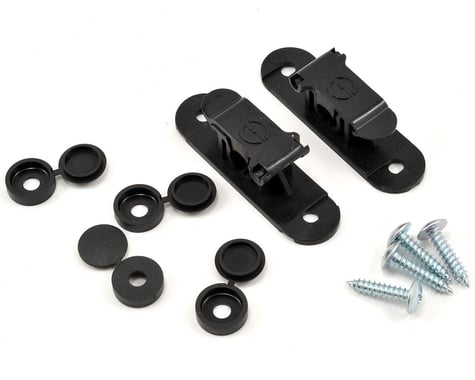 This is a black Random Heli 8.0mm Skid Clamp Assembly. The STC8000 skid clamp assembly is compatible with any helicopter that uses a skid pipe that measures 8.0mm diameter.