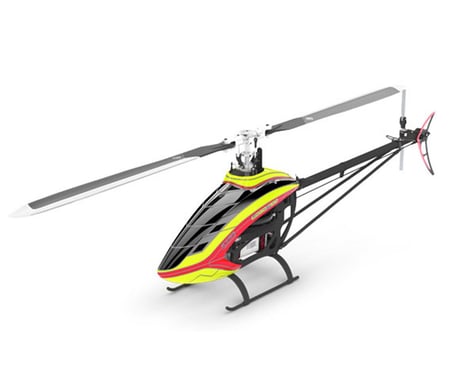 The Mikado Logo 700 Helicopter has been re-designed and tested by the worlds highest levels of 3D Helicopter Professionals both in freestyle and competition styles of flying. The Logo 700 concept was taken from the prior version; the Logo 700 Xxtreme.

The newly designed canopy of the Logo 700 combines the known and appealing design and visibility with improved aerodynamics: the Logo 700 accelerates faster and reaches higher top speeds when directly compared to it’s predecessor. This helps especially with swift transitions within or between 3D maneuvers and big air aerobatics. Additionally the tail fins are equipped with color accents to further aid in visibility.