Be the first to write a review!
Add To Cart Add to Wish List
In Stock Online!
Usually ships in 24 hours
$2.99 Flat Rate Shipping!
This item is eligible for $2.99 flat rate shipping Learn More 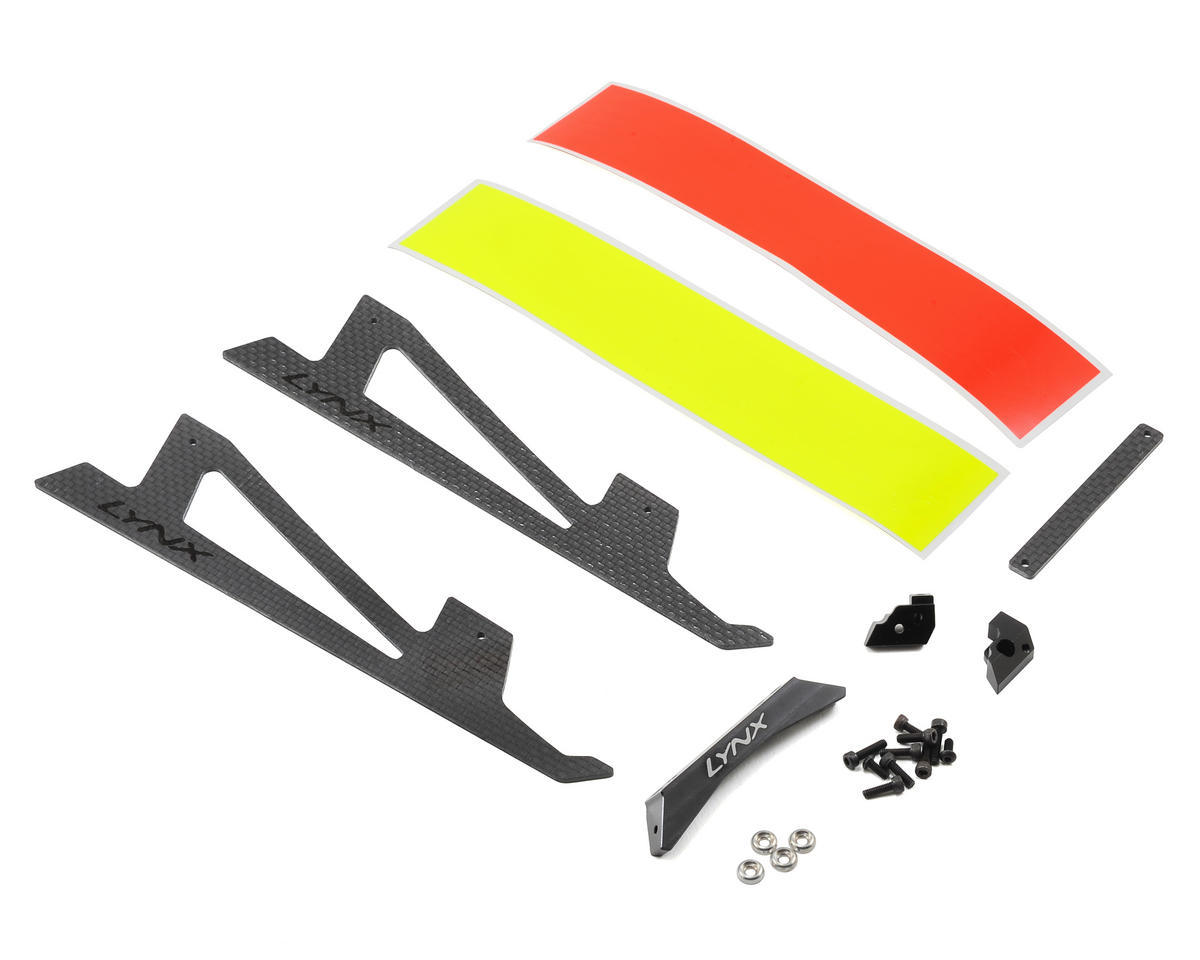 The Ultra Landing Gear Set from Lynx heli will not only improve the look of your SAB Goblin 380, but also add additional strength! Instead of just opting to install two pieces of carbon fiber on the side for landing skids, Lynx did additional research and developed this landing gear to improve the rigidity of the frame with an extra carbon fiber stiffener installed between the front landing skid mounts.