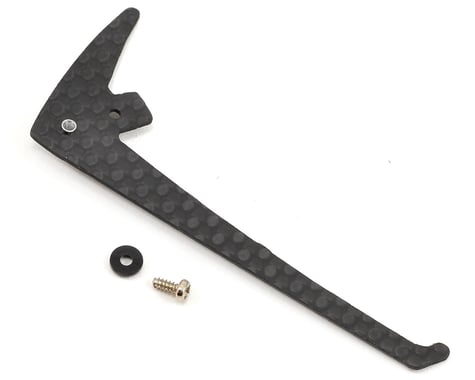 Out Of Stock Online
You may back order this item and it will ship when it arrives.
$2.99 flat rate shipping! Learn More
Back Order
Save In List
Write the first review

This is an optional Lynx Heli Carbon Fiber Ultra Flow Vertical Fin. Using specific airflow based software (the very same used for the highly popular Lynx Turbo Fan) Lynx has tested and determined that the airflow efficiency of a standard, stock fin could be greatly improved with this latest design, allowing not only a better looking tail fin design, but a design that functions very well within the realm of RC helicopter flight. Thanks to their team cooperation with esteemed 3D pilots, they have made this updated design possible, allowing an increase in overall tail rotor efficiency, and also providing bright colors that look great and aid in orientation throughout aggressive 3D maneuvers.