Be the first to write a review!
Note: Manufacturer does not allow using discount coupons
Add To Cart Add to Wish List
In Stock Online!
Usually ships in 24 hours
$2.99 Flat Rate Shipping!
This item is eligible for $2.99 flat rate shipping Learn More 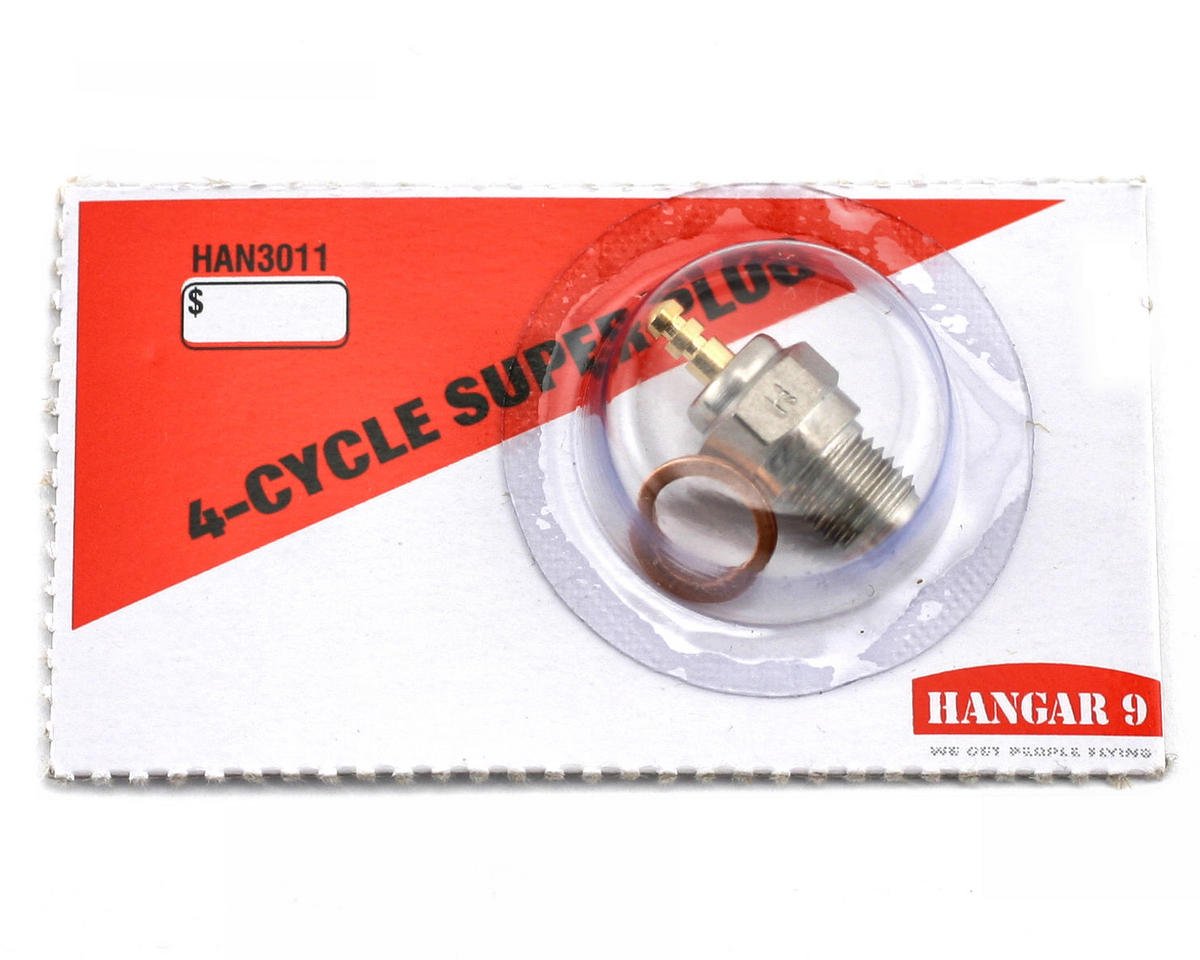 This is the Hangar 9 Four Cycle Super Plug. Like any engine, using the right glow plug can be the difference between a perfectly running engine, or one that wont run. Glow plugs are critical in a four-cycle engine because the element is only re-energized on every other cycle, and as the cold air/fuel mix enters the combustion chamber (right next to the plug), there is a chance the element could be extinguished.


Hangar 9 offers this Four-Cycle Plug that equals the performance of the leading plug, but at a fraction of the price. Hangar 9's Four-Cycle Super Plug features a heavy-duty .008" platinum alloy element and extended "hose nose" tip that extends into the combustion chamber, isolating the element from the cool air/fuel mixture. Hangar 9's R&D staff have used the plug in several four-cycle applications, including inverted mounted Saito .91s, multi-cylinders, and two Saito 1.80s. Direct comparisons with the leading four-cycle plug found that in all applications, the Hangar 9 gave equal idle and transition performance. Keep the heat on with Hangar 9's Four-Cycle Super Plug.

This product was added to our catalog on November 3, 2006