Be the first to write a review!
Note: Manufacturer does not allow using discount coupons
Back Order Add to Wish List
Out Of Stock Online
You may back order this item and it will ship when it arrives in stock. 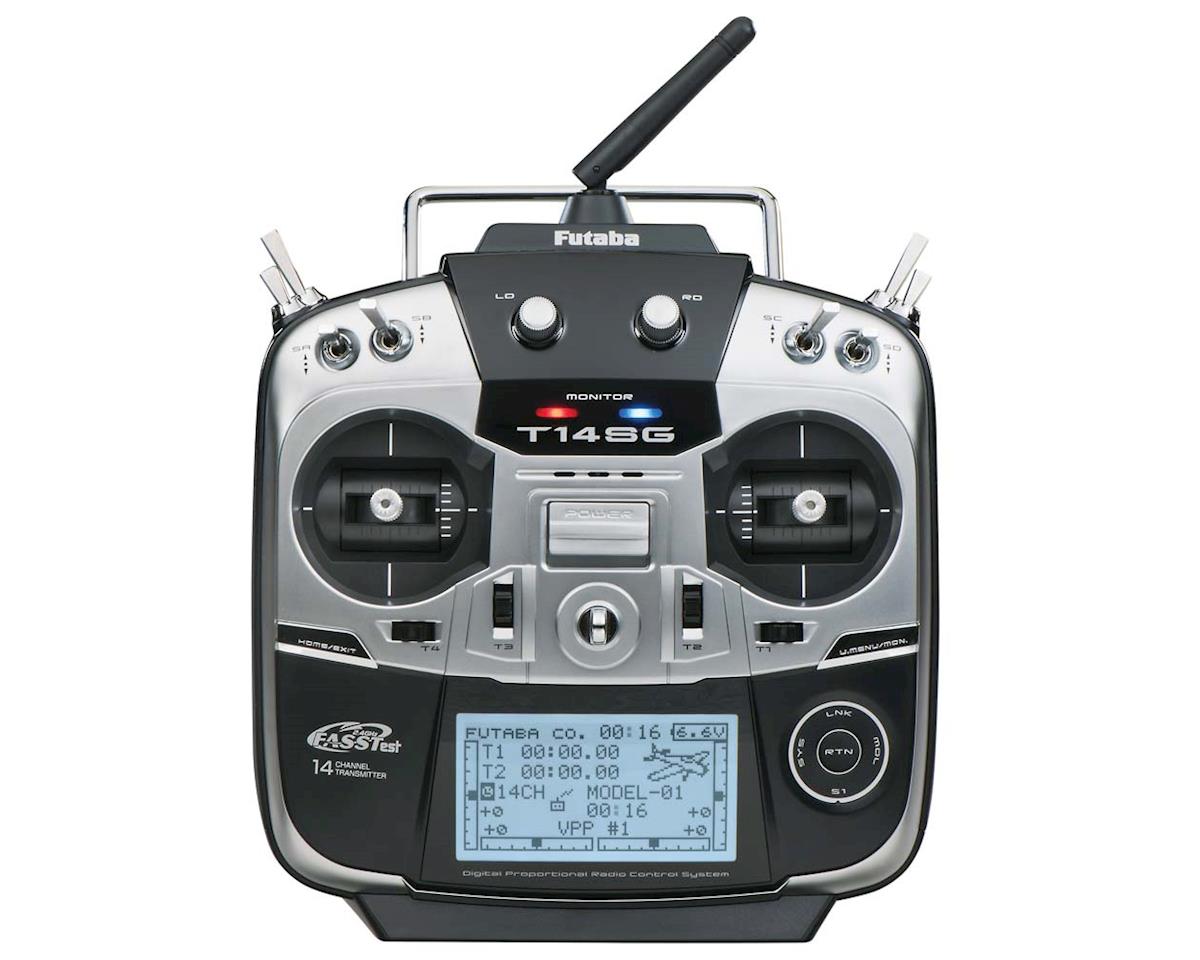 The Futaba 14SGA offers FASSTest technology, Flybarless gyro support, S.Bus programmability, telemetry and more! The 14SG is the only 14-channel system with revolutionary 2.4GHz FASSTest technology. It's also compatible with Futaba FASST and S-FHSS protocols, so you can fly with virtually any 2.4GHz air receiver Futaba produces.

The innovations don't stop there. Turn the 14SG over, and you'll see the construction is as rock-solid as any other Futaba system. It's also very comfortable to use, thanks to rubber grips that help minimize flyer fatigue — an added bonus that pilots will appreciate.