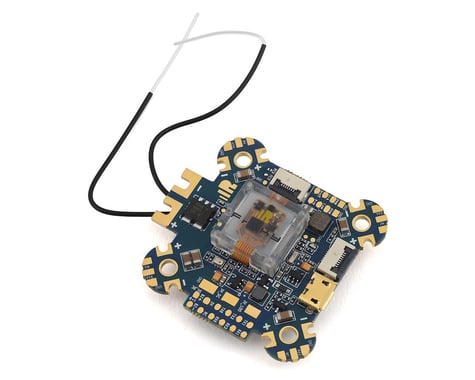 The FrSky RXSR-FC (OMNIBUS F4 Fireworks V2) aims to give users tons of options in their builds. The RXSR-FC uses the ICM20608 over SPI to produce stable flight performance. Integrated with the RXSR receiver mounted on-board protection box, and the soft-mounted ICM20608 runs perfectly under 32k Gyro loop. Also onboard are a barometer and AB7456 OSD chip for the Betaflight integrated OSD.

This FC provides some nice luxuries not often found such as 8v/1A power, hall current sensor, and extra large solder pads. Along with reliable, powerful F4 processing speed, this FC aims to please.

This product was added to our catalog on February 28, 2020