Be the first to write a review!
Note: Manufacturer does not allow using discount coupons
Add To Cart Add to Wish List
In Stock Online!
Usually ships in 24 hours
Super Saver Shipping!
This item is eligible for Super Saver Shipping Learn More 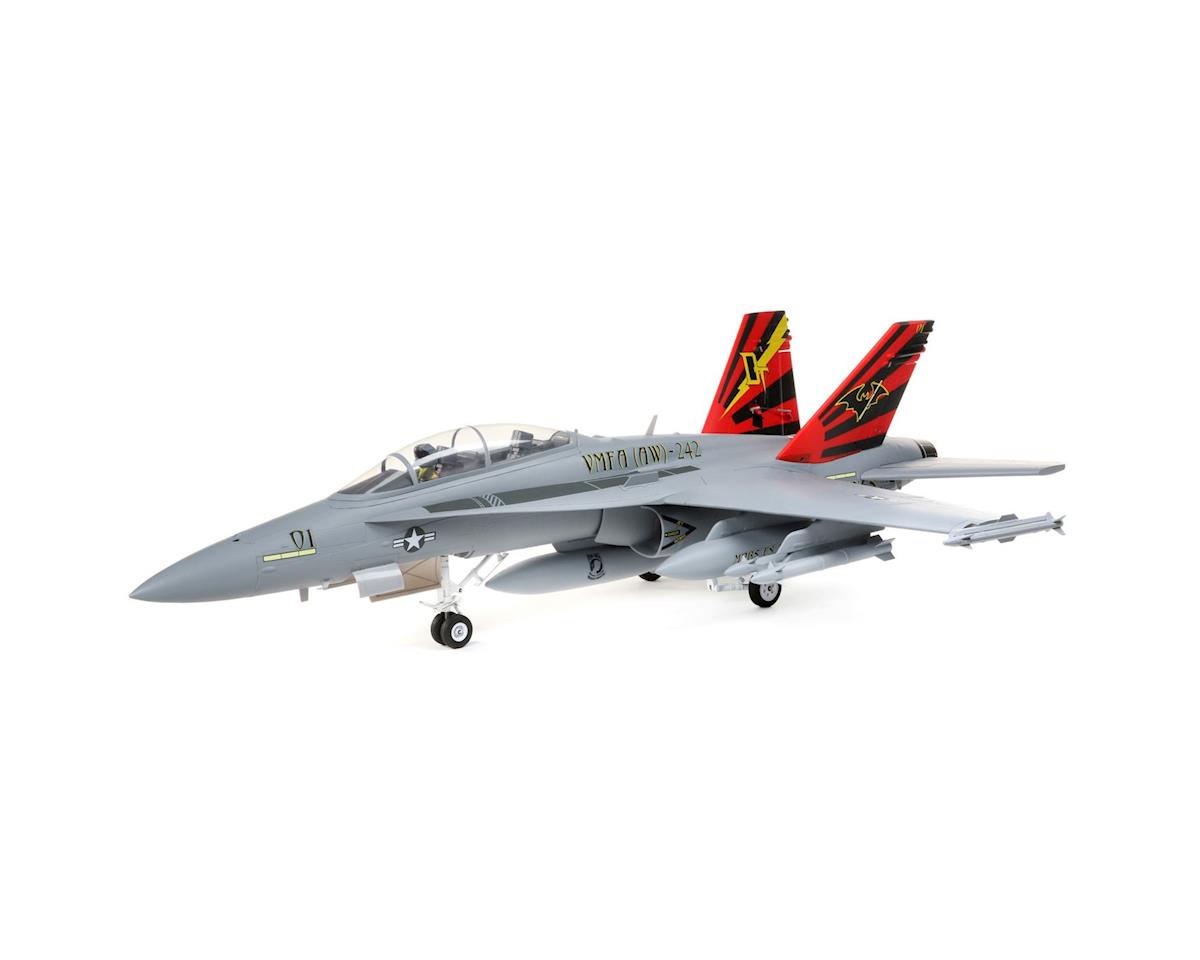 The E-Flite F-18 Hornet 80mm EDF BNF Basic Electric Ducted Fan Jet is modeled after the F/A-18 Hornet used by the U.S. Navy and Marine Corps as both a fighter and an attack platform.  This replica has been modeled after the F/A-18D two-seat variant, operated primarily by the U.S. Marine Corps in night attack and Forward Air Controller (Airborne) [FAC(A)] roles. The trim and color scheme are taken from the U.S. Marine All-Weather Fighter Attack Squadron 242 – the "Bats" – based in Iwakuni, Japan. This redesigned fan jet is intended for experienced pilots and delivers an exceptional flight as well as many extra scale and functional details, including factory-installed LED lights, full-flying stabs and operational flaps.

With 6S LiPo power its V2 12-blade 80mm fan, high-RPM brushless inrunner motor and 100A ESC deliver fantastic performance with virtually instantaneous throttle response. This power system also provides better performance and longer flight times than the 6S-compatible power systems used in larger models — plus it offers a turbine-like sound! This model is also equipped with landing gear matching any F-18 EDF model, and the shock-absorbing, trailing-link struts are painted white for an even more realistic appearance. Constructed of durable, fully-molded EPO material, no glue is required for assembly and it can be ready to fly in less time than it takes to charge a battery.

This product was added to our catalog on October 11, 2019